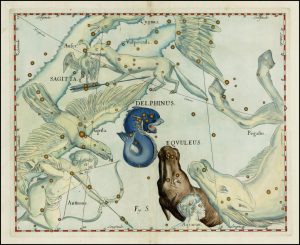 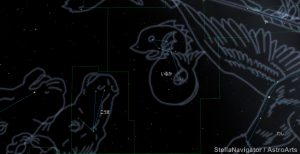 “EQUULEUS (EQUilibriUm Lunar-Earth point 6U Spacecraft)” is a deep space 6U-CubeSat proposed by University of Tokyo and JAXA which was selected as a secondary payload of the first flight of NASA’s new Space Launch System (SLS). The launch is planned in mid-2018, and the spacecraft will be injected into a lunar flyby trajectory by NASA-SLS. EQUULEUS plans to demonstrate low-energy trajectory control techniques within the Earth-Moon region. DELPHINUS (DEtection camera for Lunar impact PHenomena IN 6U Spacecraft) is an optical camera system whose main purposes are (1) to observe lunar impact flashes, and (2) to observe Near-Earth Objects (NEOs) such as asteroids, comets and Temporarily Captured Orbiters (TCOs or mini-moons).

Meteoroids are small rocky bodies traveling through interplanetary space. The various mass ranges of meteoroids ranging between 10-15 and 1015 grams are continuously colliding with the Earth-Moon system. Meteors are phenomena caused by the interaction of meteoroids with the Earth’s upper atmosphere, while meteoroid’s impact on the moon can be recognized by the optical flash of light produced when a meteoroid impacts the lunar surface. The influx rate of interplanetary dust onto the Earth-Moon surface is essential for understanding solar system evolution and is useful for the human space activities in the Cis-Lunar space, which is the volume within the Moon’s orbit. Thus, it is very important to investigate size distributions, influx rate and daily variation of meteoroids.

Ground-based meteor observations by using all-sky cameras are limited to the roughly 10,000 km2 of upper-atmosphere visible from their location. On the other, Lunar impact monitoring enables to monitor the more than 106 km2 collecting area. Lunar impact monitoring has a great advantage to detect large meteoroids in the 10s of grams to few kilograms mass range corresponding to centimeters to tens of centimeters seize range, which is as a bridge between small asteroids, larger than few meters size, and meteors, smaller than millimeter size, observed from the ground.

Though DELPHINUS cameras are very small, diameters of ~4cm for objective lens, the detection limit for lunar impactor size with 1/60 s exposure time is almost comparable to the impactor size detected by ground-based ~30-40cm reflectors because of much shorter lunar distance, 20,000 – 60,000 km. Mission period around EML2 is scheduled few months to half year in 2019. DELPHINUS consists of two 1/3″ CCD area sensors, f50mm/F1.4 lens and hoods for blocking Moon/Sun/Earth illumination and stray-light. In order to prevent from false detections due to electronic noise and cosmic rays, an event detected by two cameras at the same position at the same time can be regarded as a lunar impact candidate. Detection of lunar impact flash candidate can be processed automatically onboard the DELPHINUS by FPGA (Field-Programmable Gate Array) including a CPU. Then, EQUULEUS will downlink detected event candidate images.

Lunar Reconnaissance Orbiter Camera (LROC) Narrow Angle Camera (NAC) detected more than 200 new impact craters that formed during the LRO mission. These new craters range from several meters up to 43 meters in diameter. This surprising number of meteoroids’ impact on the moon is motivating us to monitor the Lunar impact flash from the space.

Within Cic-Lunar space, we sometimes have chances to encounter with near-Earth objects (NEOs) or Potentially hazardous objects (PHOs). As of today, more than 15,000 NEOs were discovered. Granvik et al. (2012) predict that the Earth is surrounded by a cloud of small temporarily-captured asteroids. These temporarily-captured orbiters (TCOs) originate in the near-Earth object (NEO) population and are temporarily captured in the potential well of the Earth-Moon system. It was predicted that the largest object in orbit around Earth at any given moment (other than the Moon) has a diameter D ~1 m. The number of TCOs is inversely proportional to their size such that there are on the order of 103 0.1-meter-diameter TCOs in orbit around Earth at any given time. Currently two large TCO have been discovered (2006 RH120 and 2016 HO3). In 2016, asteroid 2016 HO3 sized between 40 m and 100 m was first discovered by the Pan-STARRS 1 asteroid survey telescope in Hawaii. Capturing one of these TCOs is relatively easy to study asteroid samples and is also planning for asteroid mining. In case EQUULEUS will have an golden opportunity to make a flyby with NEOs or TCOs, DELPHINUS also has a high speed shutter mode to image high angular velocity objects during flyby.

Please use this image for a logo or a web-link